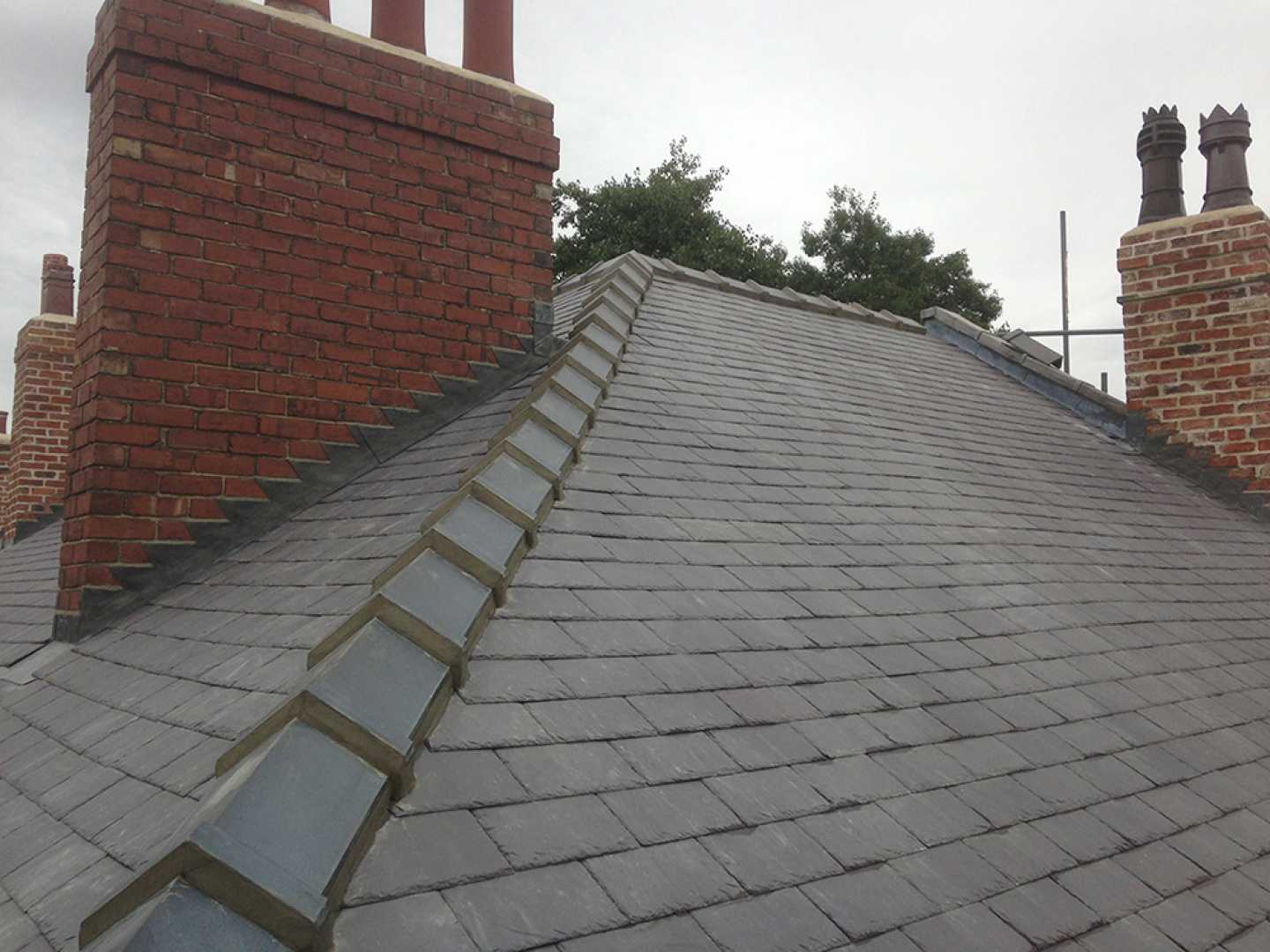 The existing roof before work commenced was the original Welsh slate roof, which we replaced. Works included lead guttering, lead work to the chimneys, a vertical area of slating and lead work to coping stones. The project took 8 weeks in total.

Unfortunately, the roof had been sprayed internally with a Polyurethane insulation foam. This made stripping the existing roof difficult as with the foam stuck to the back of the slates, therefore when removing the slates they split. This lowered the amount of salvageable slate reclaimed off of the roof.

The Client decided to put new Welsh slate on the sections to the front of the building and use the reclaimed slate up to the rear of the property.

The main advantage of using new Welsh slate on the main part of the roof was that it is issued with a 100-year guarantee from the quarry it came from. The quarry has strict installation guides to follow and come out at different stages of the roofing work to check work is being carried out to the highest standard. Once they are happy that the work complies with their specification they issue the guarantee.

Once the roof was stripped and all the existing spars were cleaned of the Polyurethane insulation, the roof was covered in Proctors Roofshield, one of the best breathable Roofing felts on the market. New 25 by 50 Tanalised Premium battens were fixed to the roof ensuring the correct gauged spacing for the 90mm headlap of the slates. The roof was then struck out with strike lines with a chalk line; this ensures that when slating the correct bond and lap is given to the slates when the roof is slated.

Once the new slates arrived on site they were removed for the pallets and sorted into 3 grades (Thicknesses); thin medium and thick. This helps when slating the actual roof to get an evenly laid roof and a quality finish. The slates were then loaded onto the roof and slated. The slates were nailed with 38mm thick gauge copper nails. The gables and hips also had larger slates used to make sure there were no cuts under 150mm wide another requirement to ensure the 100-year guarantee was successfully issued. 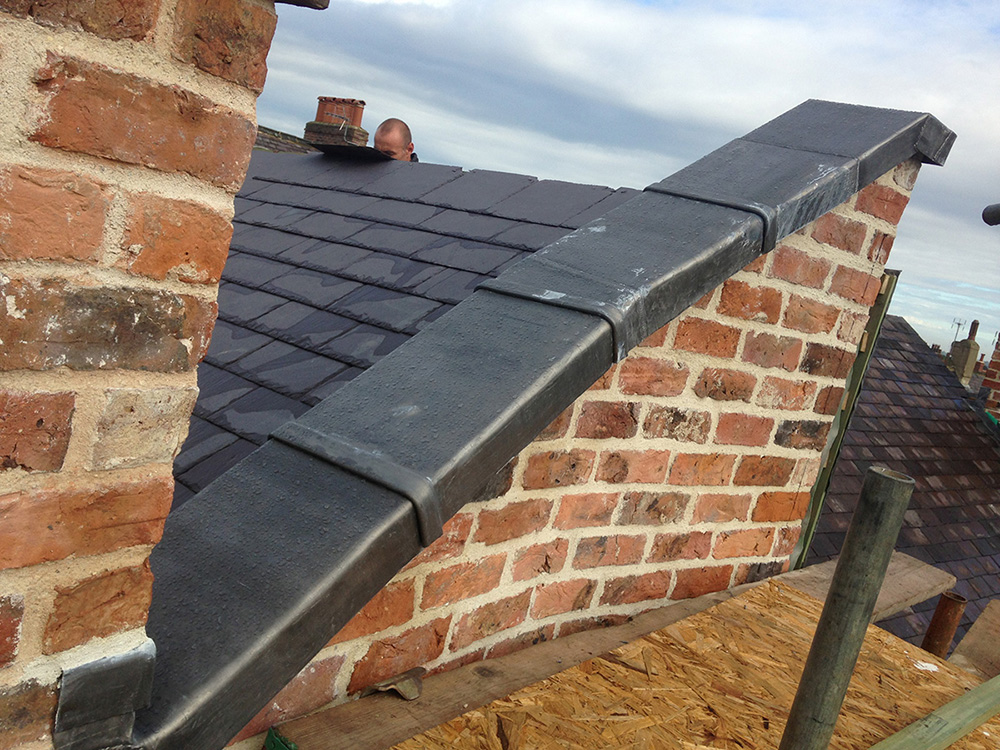 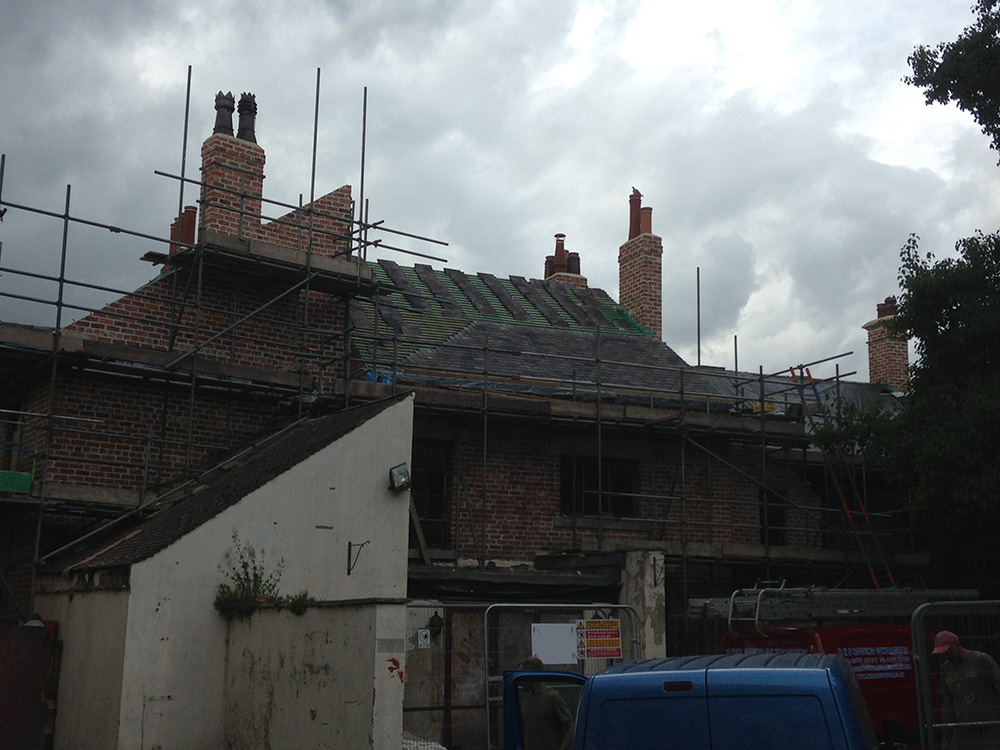 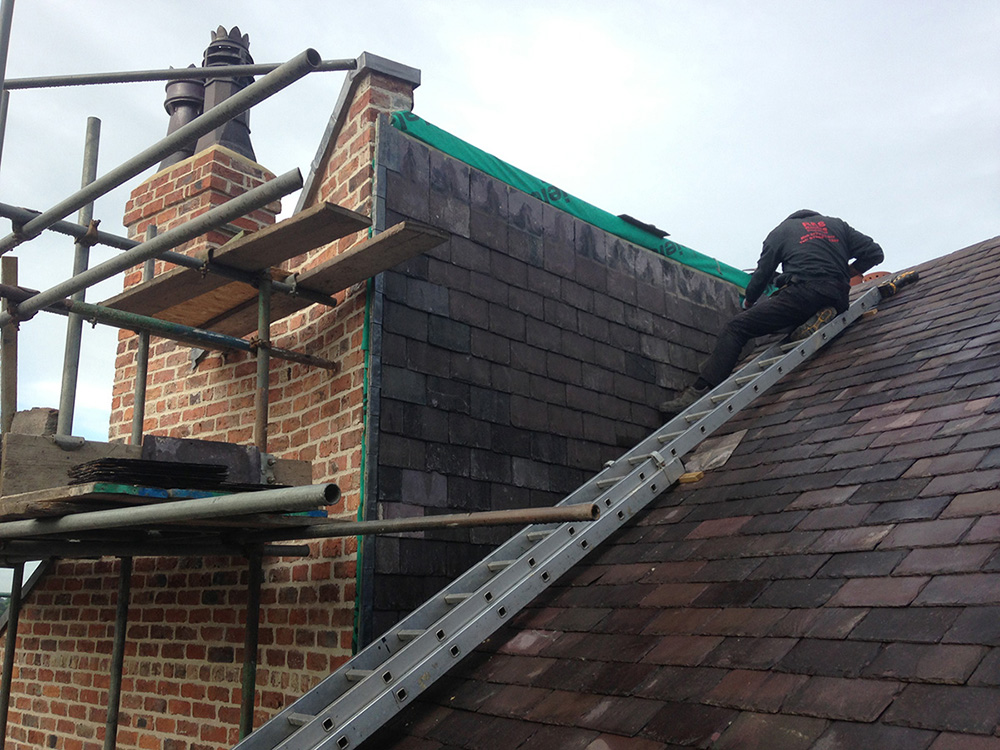 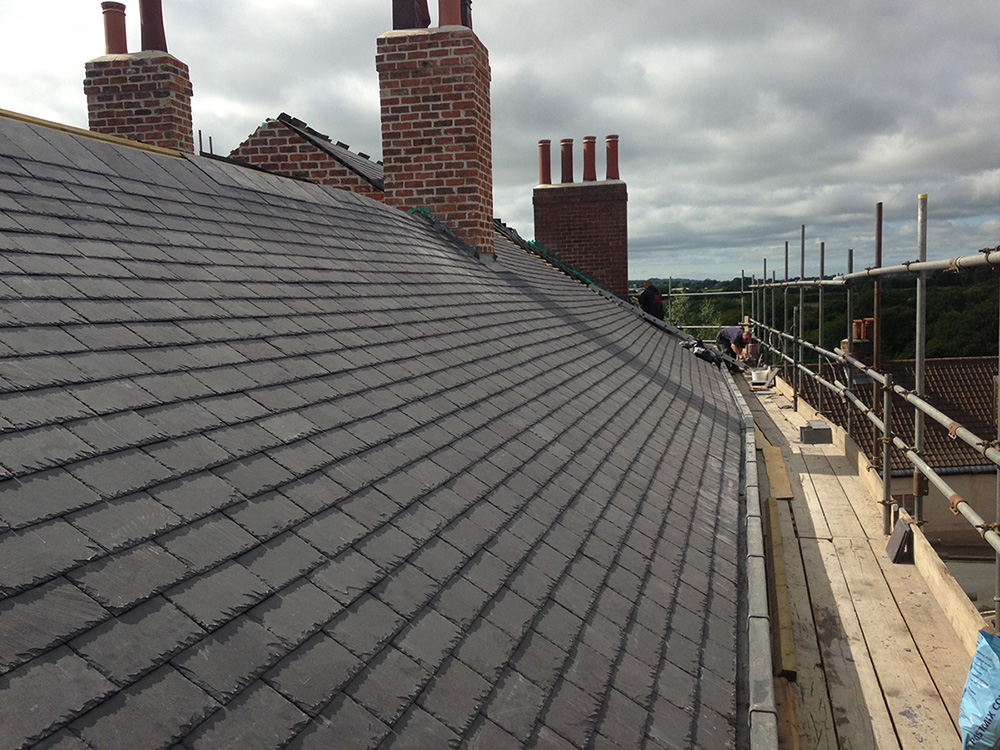 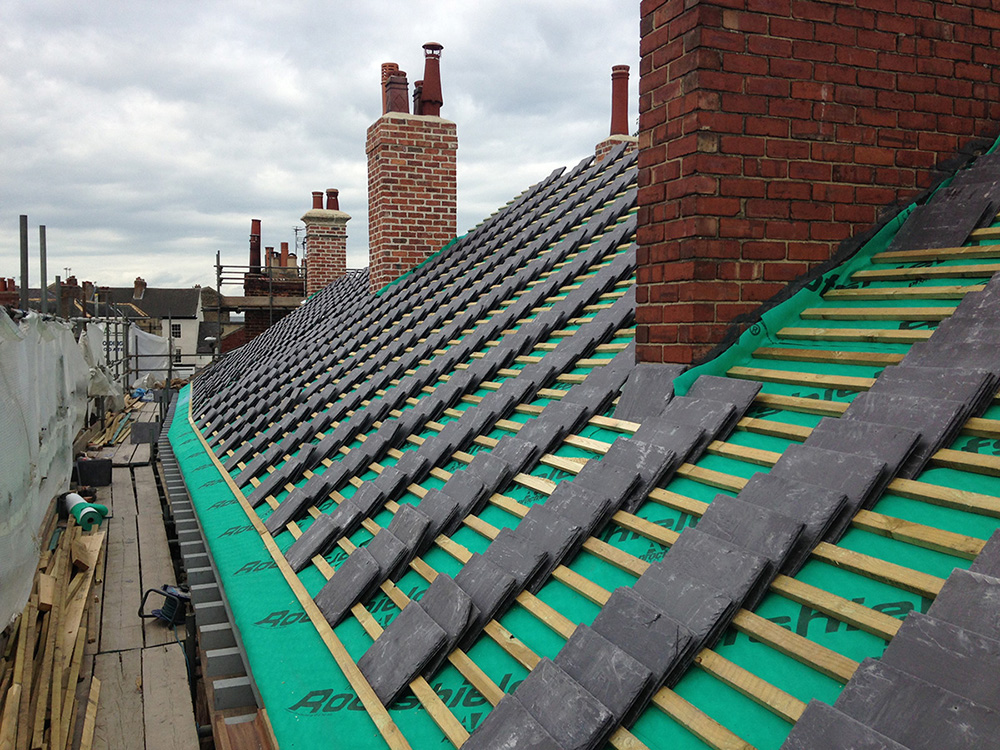 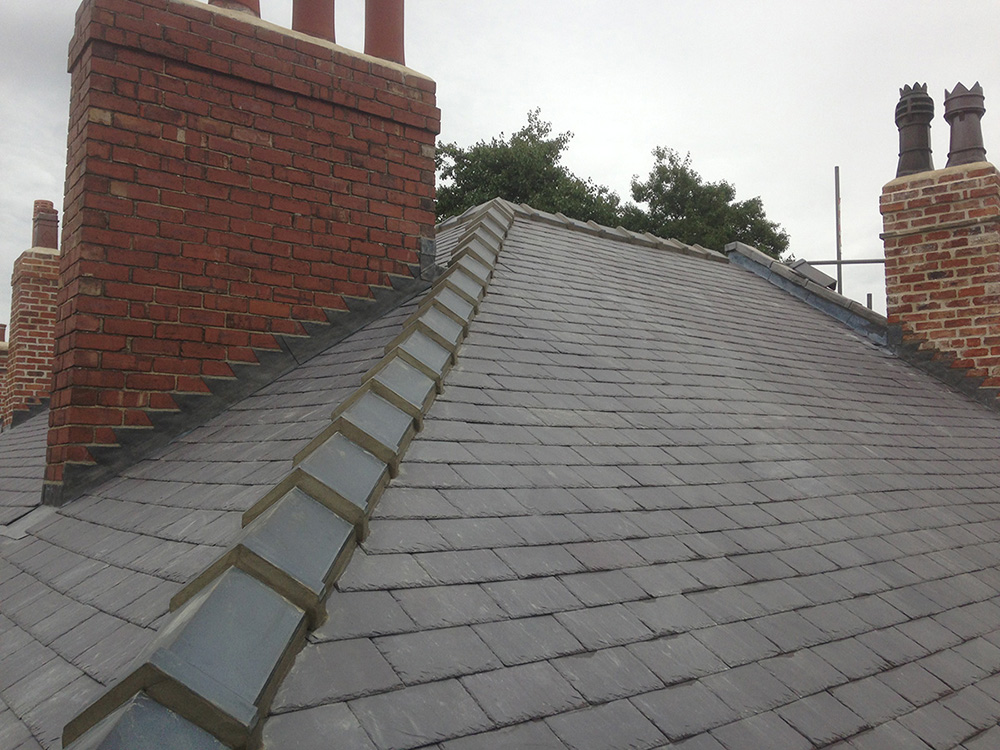 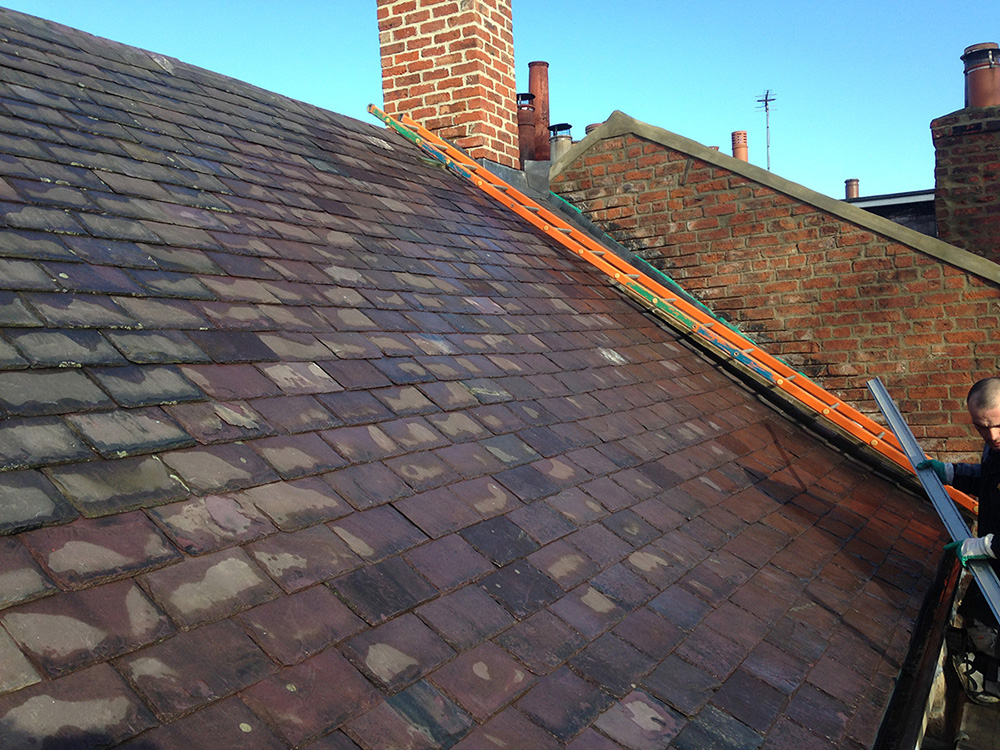 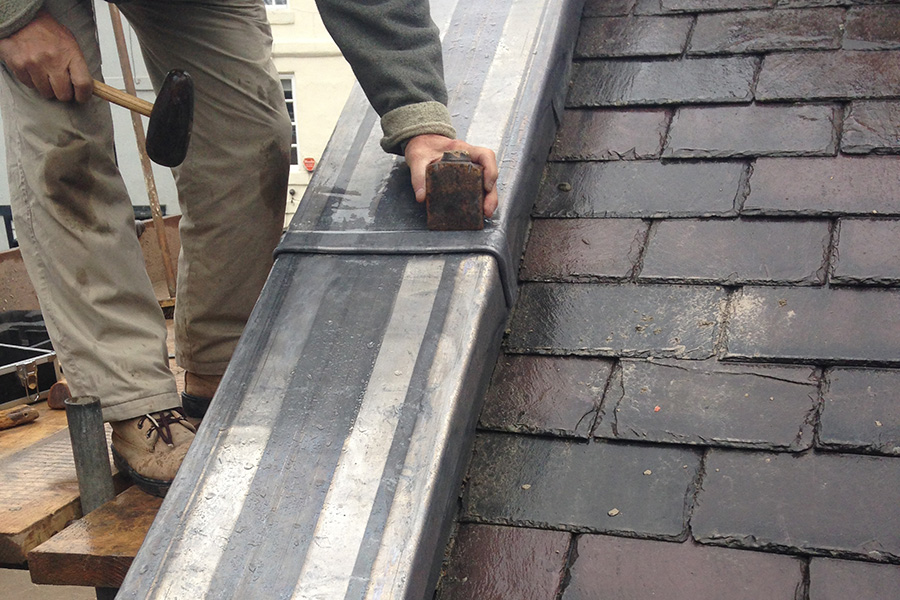 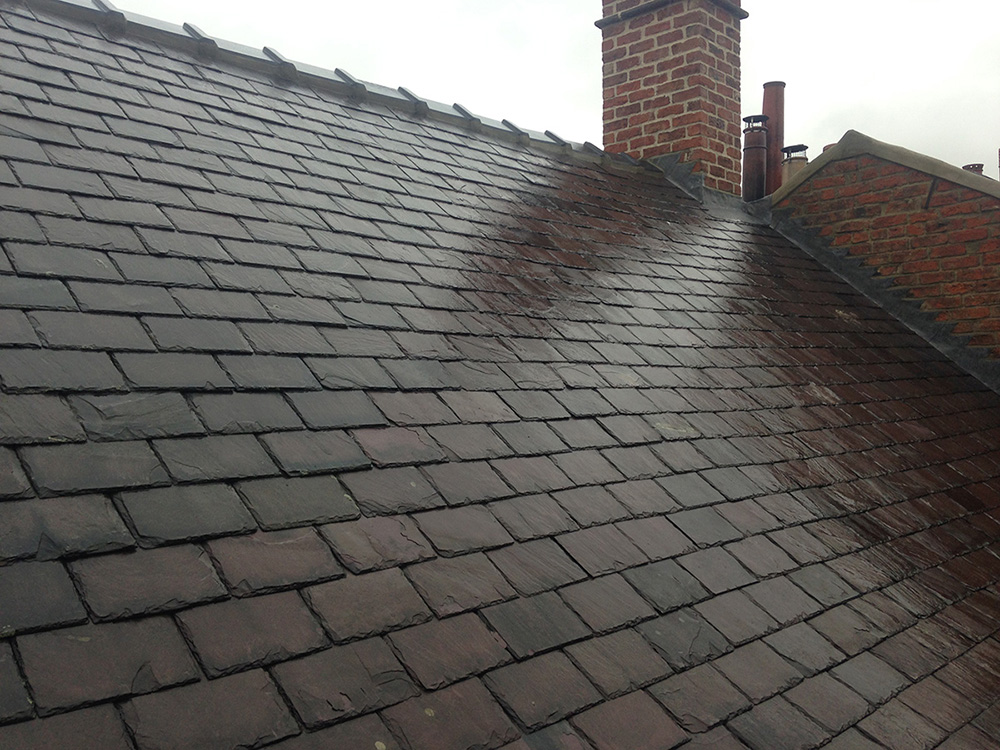 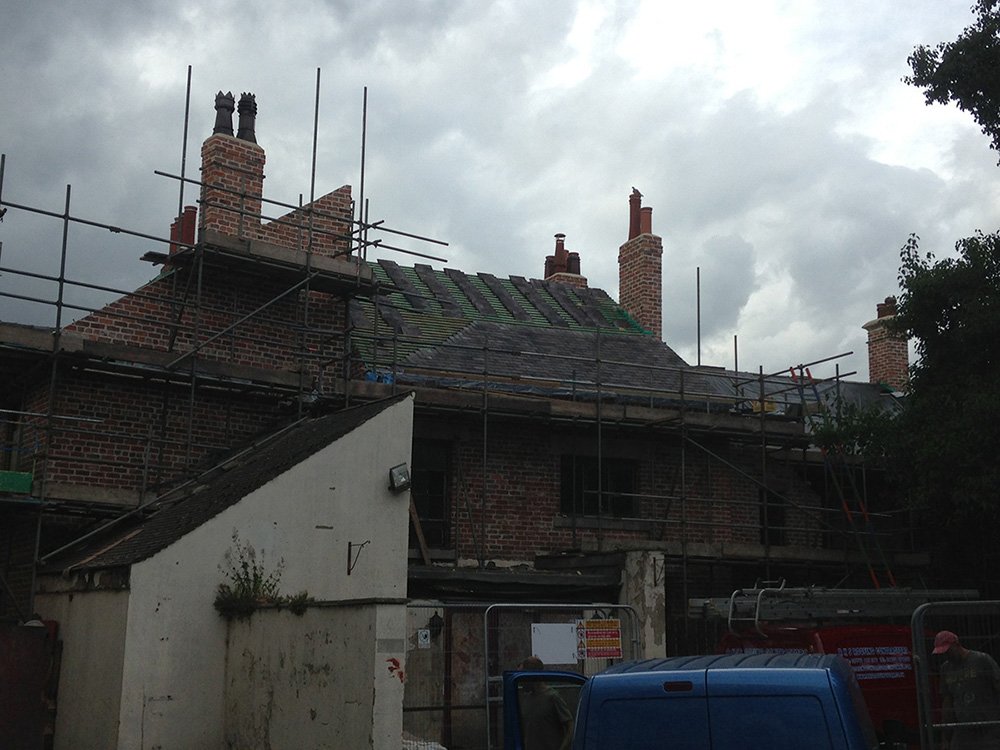 If we re-cover your roof we will give

30% discount if you have Kingspan Insulation.