Roofing York / What We Do 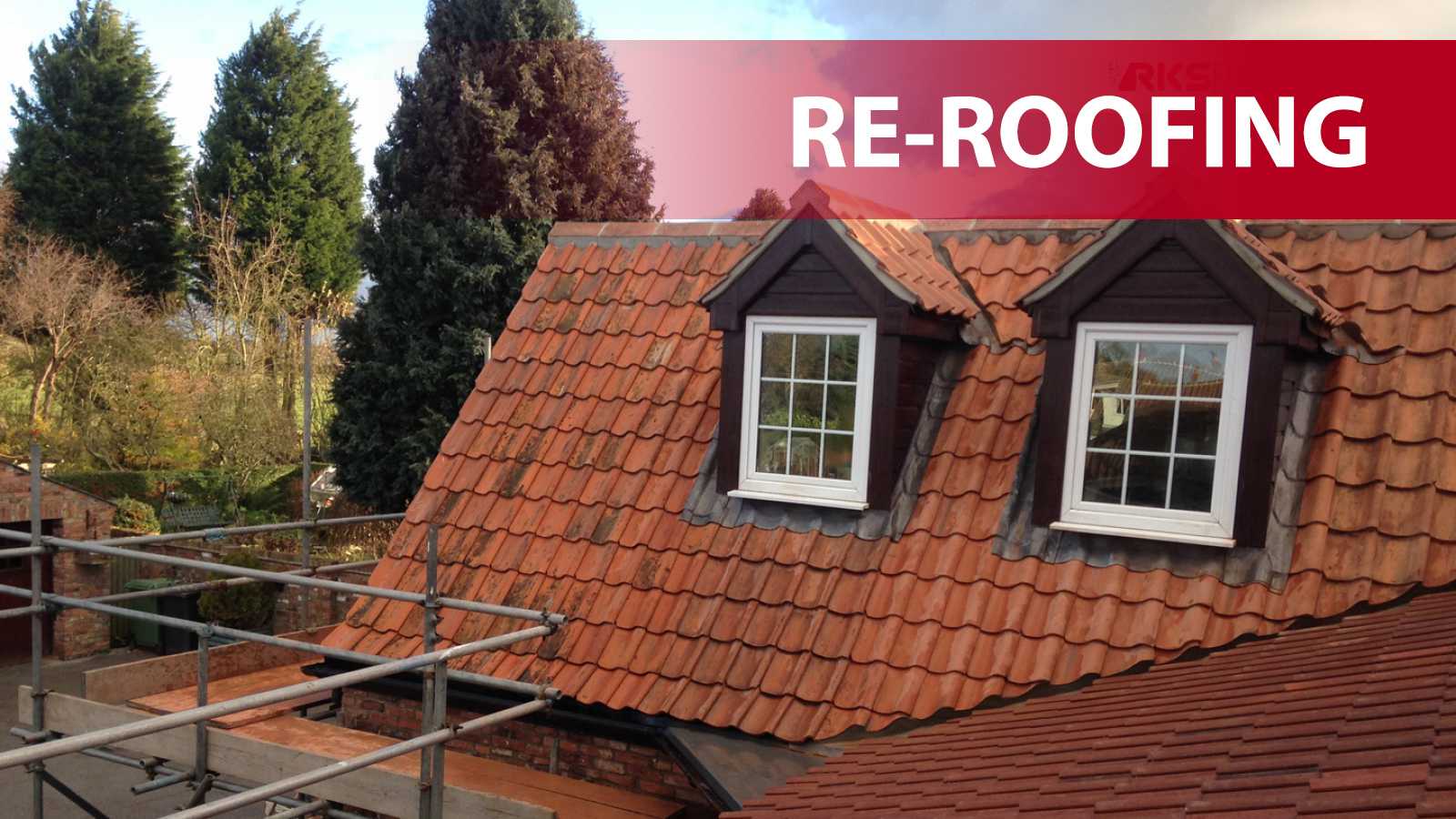 RKS Roofing Contractors as a company carry out all types of re-roofs - from main roofs and industrial buildings to small porches or outhouses. Our qualified team of roofers are able to carry out work in traditional and new methods.

Slate re-roofs - Slate is a natural product unlike many other roof products; it is more expensive than artificial man-made products i.e. concrete tiles but has a greater life span and is exceptionally durable in comparison. Slates have an expected life span of 75 years compared with as little as 12 years for artificial materials such as concrete tiles. Slate also retains its natural colour even in UV light and is impermeable to water and stands the test of time. Some new Welsh slates, if installed to quarry specification, can be issued with a 100-year guarantee. Welsh slate is a very popular slate in York and throughout the UK. Slates are commonly found on roofs in York. Welsh Slate is generally regarded as the finest slate in the World; it has been used for many centuries on all kinds of buildings and houses. Welsh slate is proven to be the toughest natural slate product known to man. It has the longest lifecycle when compared to any other slate and is available in a wide variety of colours. Most of the slate re-roofs in york we find a number of the existing slates of the roof are perfectly re-usable and re-use these on our re-roofs with a reclaimed slate of the same quality to make up for broken or unusable slates on the roof. This is the only type of slate we recommend to use. Many roofing contractors carry out roof repairs and replace roofs with cheap alternatives i.e. Spanish slate or Chinese slate which is less durable and has a shorter life span.

Tiled Re-roofs - Tiles are a man-made substitute for state and were formed as a cheaper alternative to using slate for roofs. There is a wide range of clay and concrete tiles and fittings available. There are interlocking and double lap tiles available from several suppliers and cost vary from tile to tile; Suppliers like Sandtoft, Redland, Marley Russell to name a few. These tiles are mainly machine-made and Concrete tile technology has developed different colours and finishes which replicate the appearance of slate and other traditional roof covers as well as many different colours.

Also available are traditional reclaimed tiles which can be hand-crafted i.e. plain tiles, Pantiles or French Gaelic Tiles. These again are both widely used around the York area and one of our company’s specialities.

Tiled roofs can last up to 50 years and require little maintenance if installed correctly. Also with tiles, you can install dry verge and Ridge systems which make the roof mortar free.

If we re-cover your roof we will give

30% discount if you have Kingspan Insulation.